The Trouble With Tom - A Worlds of Bill Fanfic Contest Entry

I am pleased to present to you the first post-worthy entry in the World's Of Bill Fanfic Contest. 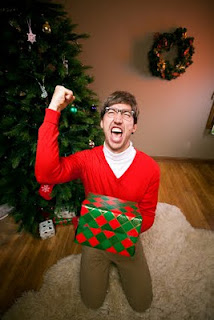 The Trouble with Tom

The screech of wheels on tarmac and the bumpy landing jolted her awake. After her oh so relaxing trip to Vegas with Sally she hadn’t been able to muster enough magic to teleport home and a nice long plane ride sounded like exactly the rest she needed. After only a mildly frustrating trip through baggage claim Christy stood trying to flag down a cab when the theme to Thunder cats started blaring from her purse.

“Where are you?” He was speaking loud and fast, he sounded frantic.

“Tom, what’s wrong?” She asked with instant concern welling up inside her.

“I need you here, I have problem” he started to whisper. “There is something here”

“Sweetie slow down, I thought you were at your nerd fest?” finally having flagged down cab she was sliding into the back while the driver loaded her bag.

“It’s comic con Christy!” His voice rising. “New York Comic con is one of the bi..”

She cut him off starting to get frustrated “OK, Ok I’m on my way. Where is this place?”

“It’s at the Javits Center, 655 West 34th Street. I’ll be out front, I have your ticket. Hurry please! He’s moving I have to go!” The line immediately disconnected.

It seemed to take forever to get from the airport to downtown Manhattan. The entire ride she grew more and more worried. After trying to get Tom back on the phone and getting nothing but voicemail she spent the remainder of the trip trying to keep her errant magic under control. After what seemed like an eternity the cab finally pulled up in front of the Javits Center. Christy’s eyes scanned the crowd of cosplayer’s until she landed on Tom. She groaned quietly and rubbed her left temple.

Tom bounced up and down causing his chest armor to come close to hitting him in the chin. He held his helmet under his right arm while his head swiveled back and forth looking for Christy.

“Yo Optimus, how about a picture?” He spotted the speaker, a teen ager maybe 15. “Ok real quick I’m waiting for my girlfriend”

“Yeah, sure you are dude” The kid said with a sneer.

“You know what man? Fuck you and your picture!” Tom’s voice was rising again. Something Christy normally associated with someone trolling him on some forum or video game.

“Christy!” He reached about and grabbed her hand in a firm almost painful grip.

“C’mon, c’mon!” he began dragging her into the hugely crowded convention center.

“Stop!” She put some power into the word and brought him totally to a halt.

“Christy, he. Is. Here!” Just then there was a beep and crackle from under Tom’s armor. “Red leader this is Red Two. Subject is on the move. If you’re going to do something about this it has to be now!” Christy didn’t recognize the voice coming from the walkie talkie Tom pulled out from his chest piece. Franticly he spoke into the device. “Where is he Red Two, and is the package in play?”

“The package is in play. Subject is heading to the north cosway towards the bathrooms” the unknown voice quickly replied.

That seemed to be all Tom needed to hear. With that firm grip still on her hand he pulled her into the convention center proper. He dealt with the ticket booth operator rudely and as fast as he could. Christy frowned at his actions but whatever was going on here had to be bad. She loved Tom but he wasn’t the brightest star in the sky. Still though to act like this and to involve someone mundane like whoever this Red Two was it had to be important. He pulled her through the dealer room as fast as he could while continuing to check in with his man on the floor. Christy couldn’t help but be fascinated at the things she passed. Toys, booths, and comics from all eras surrounded her. But it was all nothing compared to the smell. Being pregnant had heightened her sense of smell and that in this crowd was not a good thing.

“Ugh, don’t they know what a shower is?” Tom only gave her an irritated look as they entered a tiled hall mostly devoid of people.

They came to a corner and Tom with his back to the wall slowly slid forward and looked around the corner.

Christy drew her power about her ready to strike.

“YOU!” She heard a man yell then saw Tom quickly leap back while something whizzed past his face.

Her nerves were frayed after Vegas and after having Tom lead her through Hell’s sweaty armpit that he called a comic con.

“Hell with this!” She strode about the corner her hands out stretched towards the large red haired man at the end of the hall. She let both spells loose at once. The first a silence spell, the second a binding spell. Both spells took effect in a moment. All noise ceased and the large mans arms and legs snapped together causing him to fall backwards to the floor. Luckily for him, his rather large behind would protect him.

At the moment of impact a silver case fell from his fingers to the floor but thankfully made no sound due to her first spell. Tom rushed out immediately, even going so far as to try to make the dive for the case. He didn’t make it and went face first into the floor.

Christy watched stalking at the end of the hall while Tom retrieved the case and shoved something into the coat of the man she had disabled. He said something but she couldn’t tell what because he’d put himself in the range of the silence spell. She motioned him forward. He came but slowly his eyes never leaving the case in his hands. When she could hear his raspy breathing she spoke. “Tell me what the hell is going on Tom? What did you shove in his pocket? And what is that thing? Her voice was rising with each word and it was echoing off the tile walls.

He finally looked up at her a strange smile on his face. “Oh..that was nothing. I gave him what it was worth! Well maybe not completely but still a very fair deal!” His fingers were clumsily opening the locks on the case.

“Wait.” Comprehension began to dawn on her “WHAT, WHAT WAS WORTH?” She was yelling now and little purple sparks of energy were playing off the nearby tiled walls.

Tom was oblivious of all of this as he opened the case. “It’s a Generation 1” His voice rose with each word, getting closer and closer to a true geek squee. “Chrome plated Megatron with no orange barrel end, mint in package.” He was breathing hard now, like it was difficult to get the words. Each one was higher pitched than the last. “And signed by Frank Welker!!” He was nearly jumping up and down at the end with no idea of the peril he was in.

Ed wasn’t sure what had pulled him out of his coding trance. It was a sound but it was so out of the ordinary he couldn’t place it. He wasn’t about to take any chances though. Since Bill had become a fuck up on a legendary scale instead of the normal one, life had gotten a lot more interesting. Just as he lifted his shotgun from its resting place by his door he heard it again “CROAK”.

“What the hell? If there is some goddamned frog monster out there or Bill has turned another member of the animal kingdom I am so fucking done!” Ed tore open the apartment door waving his shotgun back and forth and saw…nothing. “CROAK” Ed looked down. Sitting on the “Go the hell away” mat that Bill had though was so funny was a silver case with one of the biggest damned toads he’d ever seen splayed over the top, almost protectively. There seemed to be some note. Ed reached down for it. The entire time watching the toad watch him. Was this thing seriously giving him the evil eye?

Ed, He should turn back in a few hours. Tell him when he stops craving bugs he can call me.

I don't know about you, but I thought that was pretty awesome. All couples have their little spats, but adding a witch into the mix always ups the ante in new and interesting ways. Thank you so much, Antonio! I hope you had as much fun writing that as I did reading it. Good luck! (although currently your competition is a little light ;)

Have a story idea of your own? There's still a few weeks left to go in the contest.

So what are you waiting for? Get writing!
Posted by Rick G at 11:26 AM

Great job!!! really good. Wonder if Megatron, in gun form, would shoot something since Tom tends to make these things into talismans of faith.

I wouldn't be surprised. He's just as likely to kill Bill as any of the rest. :)

Thank you it was fun to write! I hadn't though about it being a usable weapon lol!

Well being a cartoon junky, and old enough to drool over the toys on Saturday mornings, the only good thing about the Megatron figure was that it became a gun It was kind of weird how in the cartoon he was the same size as everyone, but when he became a gun shrunk down to fit into Starscreams hand. As transformers went he didn't have the cool extras as say Astrotrain. So the few friends that had it, often used it to play guns. And it wasn't that great of a gun either. So, I can see Bill taking it out of the box and making it into the gun and Tom flipping out. Rick can correct me on this one, but did some of them actually shoot a plastic projectile? And once again Rez great job.