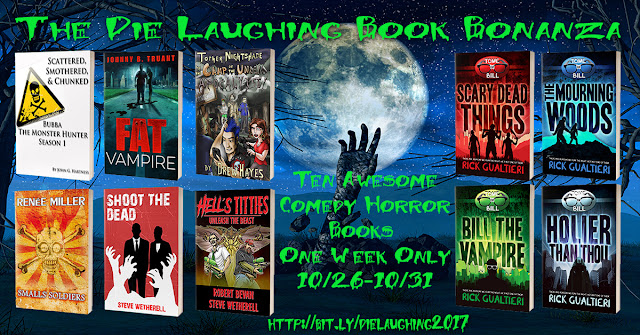 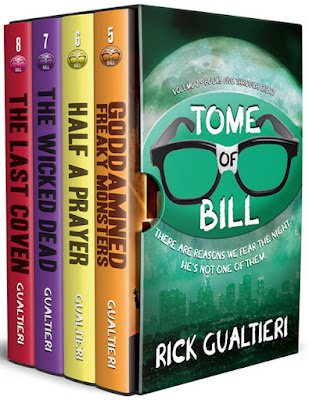 A Child of Two Worlds - Belonging to Neither, Dangerous to Both.

All Kisaki really wants is to belong *somewhere*, but there are few places half demons can safely call home. Raised in isolation within the celestial palace, she longs to escape and explore the strange planet below - Earth.  So when an opportunity presents itself, she takes it, inadvertently stealing her mother’s greatest treasure in the process – the Blade of Heaven.

Exploring a whole new world is terrifying enough, but hot on her heels is her so-called guardian, the tiger-spirit Shitoro. If he catches her, he'll drag her straight back home. She thinks it’s to punish her. But in actuality it’s to save her.

She doesn’t know it yet, but there’s a very good reason Kisaki has been kept hidden away.  Half-breeds such as her are not tolerated by the demons lords.  If they find her, they’ll stop at nothing to take the blade and erase Kisaki, her mother, and everyone she cares about from existence. 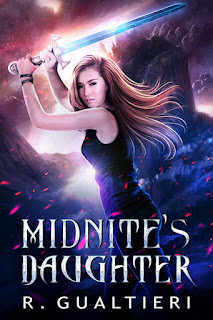 Kisaki's head rocked to the side from the blow and she tasted blood.

She staggered back several steps but managed not to fall.

All at once, the world seemed to be moving in slow motion. Pain from the hit, the coppery taste of her own blood, her friend screaming her name, and the huffing laughter of the human who had dared lay a hand upon her – all of it happening simultaneously.

It was the first time Kisaki had ever been struck. She'd often read about such punishments, and much worse, in her studies, but had never experienced it herself. She'd expected it to hurt, and it did. What she didn't expect, however, was the cold logic that descended upon her mind, nor how the world seemed to grey out around her.

He didn't hit me that hard, did he?

Before her eyes, the world seemed to change. The sounds around her faded away and she was suddenly no longer in an alleyway. Instead, she stood in a large room. A man was there with her. He was wearing drab green clothes and seemed to be yelling at her for some reason. For a moment, she feared that she'd somehow accidentally activated her last crystal, abandoning the brown-haired boy as well as Tamiko and Shitoro. But then she realized something was wrong about what she was seeing. The man's lips were moving, but she couldn't hear his words. In fact, she couldn't hear anything.

Her body raced forward, seemingly with a mind all its own. Kisaki could only watch as her fist shot out, but it was all wrong. The hand and arm attached to her was much larger and coarser than her own.

None of this mattered to the yelling man, though. He grabbed hold of her and then she was airborne, flying over his shoulder to land roughly on the wooden floor where she...

Just as quickly as the vision had come, it faded away and Kisaki was back where she'd been, tasting her own blood as color returned to the world and sounds started up again.

The world was still moving way too slowly, but that cold logic in her mind demanded that she use the time to study the foes around her. She became acutely aware of everything about them – their size, their weight, the way they moved, how quickly they did so. All of it registered in her senses within the space of a split second, locking itself into her memory with perfect clarity as if she'd spent months, maybe years, studying nothing but these humans.

With that clarity came understanding. She realized how sloppy the attack against her had been. It was a miracle she'd been struck at all, probably more a result of her outrage than any real attempt on his part. If anything, she didn't feel anger against him so much as embarrassment for herself. Such a blow was easily countered. Everything that these men...

No. Warriors were men. These were boys, peasants, children – warriors in their minds only.

It was time to teach them the error of their ways.

Time sped up again to its normal pace, but still that cold logic remained. She stepped forward again. The male who slapped her saw her coming. He looked surprised for a moment before covering it up with a veneer of arrogance.

"Want some more, bitch? Good, because I'm serving it up all day."

This time, he balled his fists, but it didn't matter. Kisaki somehow understood what he was going to do, perhaps even before he did.

She raised an arm and easily blocked the punch. Her attacker's eyes opened wide in surprise. Then, just as quickly, she threw a blow of her own, an open-handed shot to his throat. It caught him dead on, as she knew it would, and he doubled over, gasping for breath.

As he did, she brought a knee up into his jaw. She heard teeth crack and then he dropped to the ground. Unlike when he'd shoved her, though, it didn't appear he would be getting back to his feet nearly as quickly.

Kisaki had barely a moment to be amazed at what she'd done. She'd never been allowed to study fighting or weaponry, no matter how much she had begged. Her mother had forbidden it, and Shitoro wasn't the type to go against her wishes.

But then the moment was over, as the other boy next to Robbie rushed at her. This one was short, but thickly built. He moved as one who knew what he was doing. Not a warrior, but perhaps one in training.

None of that mattered. Kisaki analyzed his moves in the time it took him to pass Robbie and came up with a counter strategy.

She feinted to the right, but he seemed to anticipate that, which was precisely what she expected him to do. She cut hard left, sidestepping him. As he passed by, she shoved him from behind, using his own momentum to propel him into a pile of refuse along the side of the alleyway.

Rough hands grabbed her from behind in a bear hug, lifting her from the ground. Blast! She'd forgotten about the pony-tailed one, Jack. Perhaps sensing she was a greater threat than her friends, he'd come up from behind her unawares as she battled the other two.

Kisaki allowed herself the ghost of a smile. Ninja had been mentioned in her studies. They were said to be masters of stealth and combat arts. It was something she'd never considered herself to be, but she was currently too distracted to disagree with him at that moment. Instead, as way of response, she threw her head back, catching him on the nose with a satisfying crunch.

He screamed and let go, allowing her to throw a kick back into his leg, which dropped him to one knee.

She immediately realized that these three had been little more than the warmup. The real fight lay before her. Robbie and his two remaining friends had disengaged from the brown-haired boy. She now had their undivided attention. The first two, mere minions, wore uncertain looks upon their faces. Their leader Robbie, however, looked sure of himself, a fact attested to by his wide grin.

He had a confidence about him that suggested he didn't expect to lose. Robbie had the look of one who was used to having the advantage. Indeed, he was larger than most of the humans she'd met, including fully grown males such as Mr. Yoshida. For all intents and purposes, Kisaki should have been terrified of him. But she wasn't. She didn't know what was happening to her, but whatever it was, she reveled in it.