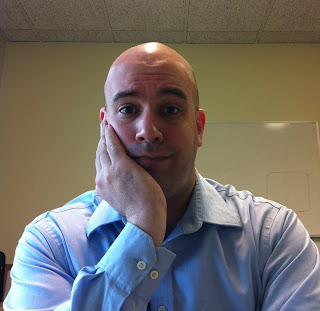 During probably all of our lifetimes we’ll be asked, at one time or another, various “would you...” questions.

And other similar such queries. These always get me into trouble because I always go for the right answer as opposed to the intelligent one. See, whenever I get posed a question with the word "ever" in it, my mind immediately jumps to possibilities - lots of them, often times completely absurd ones.

If I find even one scenario where the above might hold true then as far as I’m concerned the answer is yes. The problem being that I will ALWAYS find at least a few, because in my mind the word ever implies exactly that - infinite possibilities. Thus, in the case of, say, that last one above, if the screaming orphans were all foaming at the mouth rabid and releasing them into the town I was driving through would cause untold horrors then YES I would drive them off a bridge. I would do so happily, knowing I was doing the world a great service.

It doesn't matter if the chances of me finding myself in that situation are somewhat less than 1% (or even 1% of 1%), the answer is thus still yes. Unfortunately, despite my explaining this reasoning, people will nearly always jump to the conclusion that yes means yes 100% of the time. Therefore, if I consider that maybe I might kill someone if they were threatening my family, that turns into me being a wild-eyed psycho who’s just itching for an excuse to turn into the Punisher.

Now the obvious solution to this dilemma is to just answer no and move on with my life, as most likely that's the answer someone is really looking for. The thing is, I prefer to be truthful.  Despite being a fiction writer, staking my career on the ability to spread convincing bullshit, I don’t like to lie. Therefore the safe answer is, in my mind, completely untrue. Thus if I even consider doing so it should negate any faith you have in me to answer it honestly - making me a fucking liar.

Do you see the conundrum?

Why can’t people just be specific in these questions?  That would solve the entire thing.

“Rick, would you stomp a bucket of harmless, completely normal kittens into paste just because you decided to find out what the noise of their squishing sounded like?”

That one’s easy.  It’s no, because I’m not a nutcase who’s walking around wearing steel-toed boots in the hopes of coming across a bucket of kittens in need of turning into chunky, fur-encrusted wine.

Reword it slightly, though, and I can imagine a world in which a group of terrorists are holding school children hostage and their demands to keep from blowing those kids to smithereens involve me clog dancing in a tub of cats. The question now answered in the affirmative, I am therefore forever rendered in someone's mind as that weirdo who likes stepping on kitties.

As I said, the truthful answer isn't always the smart one.

Oh well. Maybe one day I'll wise up and compromise. Maybe if any answer I can think of has a less then a 5% chance of happening, then the answer should be no. It'll still be a lie of sorts, but it would at least be 95% truthful. That's not too bad is it?