Today is a bit of old and new. Well not that old, just a review I’ve been meaning to do for a while. I couple that with a short story that graced my desk this past week. Why? Because I kind of like doing the whole double review thing. Twice the bang for your blogging buck, so to speak. So without any further ado... 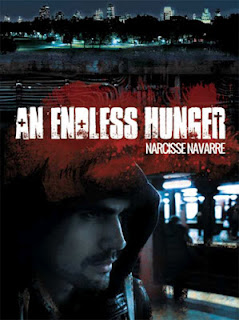 An Endless Hunger by Narcisse Navarre

Now this is more my style. I am a horror fan first and foremost. That doesn’t mean I don’t read other genres, but horror always feels like coming home to me. It is a comfort, much like a cold slice of apple pie (yes, I said cold. I don’t like my pie hot). What this says about me, well I’ll let future psychoanalysts debate that. For now, I just care about a good book.

Knowing that I have a slight penchant for things vampiric, Narcisse Navarre (say that three times fast, I dare you :) asked if I might be interested in taking a look at her brand new novella, Endless Hunger. While I normally refrain from diving into a new work while I’m in the middle of writing one of my own, the concept of the book intrigued me. Besides which, all work and no play...

If you’re a fan of Francis Ford Coppola’s movie rendition of Bram Stoker’s Dracula then Endless Hunger will be very appealing to you. Told in first person narrative, this story paints a picture of vivid imagery coupled with heavy metaphor.

The story unfolds quite literally through the eyes, ears, and other senses of the main undead antagonist. While first person POV isn’t uncommon, it is rare to find a story that delves so deep into it. Normally one feels like they’re sitting right behind the main character’s eyes. Here, you are this character. Nestled deep within their cerebral cortex, you are forced to experience every bit of anguish, confusion, and despair that he does. Fans of Anne Rice and other similar brooding vampires will most certainly enjoy the tour de force through the unsettled mind of this undead creature.

I will caution that the wonder of this book might also be its potential downfall for some readers. This is not a typical ‘beginning - primary conflict - ending’ type book. Those seeking such a novel may wish to look elsewhere. Navarre doesn’t paint everything with a crystal clear brush, preferring instead (at least in my opinion) to let the reader draw their own conclusions regarding many of the events. In truth, I feel this is one of those stories which you may have to read through more than once to get a sense of things. Having gone through it twice now myself, I also find this is one of those works where you’ll find something new in each read through. However, this is all more than doable, because for all of its intensity, Endless Hunger is a short read, clocking in at less than 50 pages.

The only critiques I would offer are that I would have loved to have seen a longer story here. The few flashbacks that are offered give a glimpse of the protagonist’s long life, and I wouldn’t have balked at seeing these fleshed out a bit more. Additionally, the action can be confusing at time. Delving into the character’s depths of despair via first person entails experiencing it firsthand, which can be off-putting as events and details begin running together in a cacophony of madness.

An Endless Hunger is a fast, intense read, with strong characterizations and an interesting take on a soul that’s convinced of its own damnation. A 5 star novella. 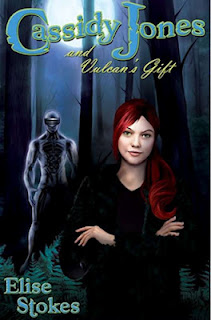 Elise Stokes’ first book in this series, Cassidy Jones and the Secret Formula does for superheroes what Harry Potter did for wizards. I started the sequel, Cassidy Jones and Vulcan’s Gift, almost immediately upon completing the first book and finished it shortly thereafter. I will therefore apologize for the sloth of this review. Bad Rick!

However, my slowness should not be taken as an indication of this book’s quality. Vulcan’s Gift is both the Superman II and Wrath of Khan to the first book in that it only improves upon what came before. Cassidy’s origin out of the way, we catch up to her a few weeks later as she’s beginning to test out her new powers more and become more comfortable with them. This is always my favorite part of any superhero story. Ok, we know how you got there and we watched you deal with the emotional ramifications...now show us how badly you can kick some butt.

Much like Superman got General Zod, Cassidy now has a real physical challenge this time around (here’s a hint: it has to do with the title). Maybe it’s just the guy in me, but I love things like this. Don’t get me wrong, the Lex Luthors and Dr. Dooms of the world are great fun to watch. However, at the end of the day the superhero world is all about the brawls. I’d much rather watch the Hulk slug it out with Thor or the Thing than trying to outwit the Mad Thinker. Same with Cassidy Jones.

Stokes brings back most of the characters from the first CJ book, and once again her writing for them is spot on. Emery, Cassidy’s brainy (and good looking...dude’s got it all, I tell ya!) sidekick is included amongst these and while I still feel he’s a bit of a deus ex machina in some situations, he’s likeable enough to make us not worry about it too much.

I very much enjoyed Cassidy Jones and Vulcan’s Gift. If I have even one critique about it, it’s that Cassidy Jones 3 isn’t out yet. However, if Elise Stokes has proven anything from the first two in the series, it’s that the next one will surely be worth the wait.

Click Here to Buy CASSIDY JONES AND VULCAN'S GIFT (and read my review) on Amazon
Posted by Rick G at 7:04 PM No comments:

Tales from the Lingerie Mines

It figures! I write about having no blog ideas and suddenly...*wham*...I have some. Stupid brain!

While replying to a post over at EC Stilson’s wonderful blog, I made mention of a particularly interesting job I had a few years back. Thinking about it brought back all sorts of fun memories. I figured it might be cool to share some of them with you all.

You see, a while back I ran the online department at a major women’s intimate apparel company (that’s bras and panties for the laypeople out there). No, it wasn’t Victoria’s Secret and no I don’t have Adriana Lima’s phone number...Just for the record, even if I did, I wouldn’t give it to you. They’re more on the functional, day-to-day side of things, as opposed to being overly sexy / sleazy (not that there’s anything wrong with that). I won’t mention the name to spare the innocent (namely myself just in case any former co-workers stumble upon this). I’ll just say that it was an awesome place to work and some days I definitely miss it...and not just because of the various model shots I would often spend hours cropping for the website.

Being a guy working in women’s underwear (so to speak) can be a bit of an odd thing initially. For starters, there was the challenge of trying to learn the intricacies of products I don’t use or plan on using. The truth, though, is that things like these are minor hurdles to cross. Most of the true oddness was in the amusing little quirks. Quirks such as:
As I said, it was definitely one of the more interesting places I have ever worked, as well as one of the more fun. And at the end of the day, I learned a lot...including far more about women’s underwear than I ever really wanted to know. I’ve had quite a few times since then when I’ll see a women walk by wearing a tight, fairly-translucent tee-shirt and my first thought will be, Hey, she’s wearing model # XYZ.

Yeah, sometimes I worry about me too.


In other, non-underwear related news:

If you haven't already seen it, Bill the Vampire is currently guest blogging over at Laurie's Paranormal Thoughts and Reviews. Stop by and say hi!
Posted by Rick G at 8:33 PM 6 comments: 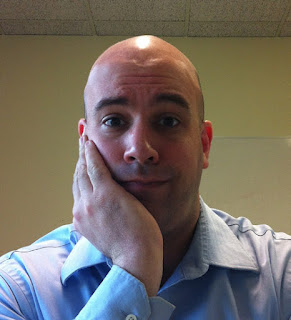 So that’s where I am right now. I expect this webpage to be relatively fallow (unless some eager bloggers wish to guest post...*hint* *hint*, *nudge* *nudge*) for the next few weeks while I continue to polish my latest literary masterpiece (translation: vampire dick jokes). Until then...
Posted by Rick G at 7:20 PM 9 comments: