The War Against Reviewer Anonymity 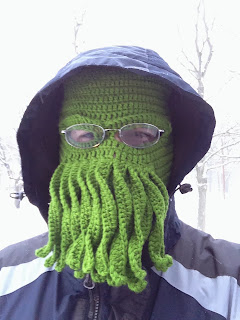 UPDATE: It might not mean much in the grand scheme of things, but I created my own petition asking Amazon to protect the privacy of its users. Feel free to check it out if you agree.

There’s been a bit of a blow-up in the past few days regarding a new petition on Change.org asking that Amazon disallow reviewing and posting within their forums anonymously.  Further gasoline was poured on the proverbial fire when bestselling author Anne Rice spoke to the Guardian about this - endorsing the petition and offering her own tales of being bullied on the Amazon forums.

In the past, I've touched upon the concept of bullying. If you haven’t read it, please feel free to take a look. Needless to say, I have problems with the above on so many levels, that I’m not sure I’ll be able to cover it all in one blog post.  So let me try to dissect it a piece at a time.

For starters, I fully admit to being a participant in the forum discussion referenced above  - the one Ms. Rice spins her tale of woe from.  It’s a very long forum thread, 400 pages / 10,000 posts in all.  While I wouldn't expect any sane person to try to wade through all of that, I would recommend that one take at least random sampling through it (beginning, middle and end) before automatically jumping onto the bully bandwagon. My perspective from that discussion is quite different - agreeing that while the debate did get quite heated at times, it wasn't nearly the one-sided fear-fest it is being made out to be.  To be perfectly honest, if one can take off their starry-eyed glasses long enough to read this objectively, I think one may in fact question whether this was a case of bullying or a best selling author simply not being overly fond of any who dared to disagree.

I encourage you to at least take a look. Afterwards, if you disagree with my conclusions I welcome the discussion. There is no censorship here (outside of spammers, maybe ;).

Next up is the question of anonymity.  I don’t think anyone will disagree with the concept of the proverbial “internet tough guy”, that person who feels free to be as nasty as can be while hiding behind a username of SeXXXgod69.  They’re out there and they’re often pretty damn annoying. At the same time, there are plenty of valid reasons to not want one’s identity known.  Should someone going through a rough divorce from an abusive spouse have to put their real name on a simple product review and invite potential harassment?  Should any reviewer have to debate against putting a one-star review against a bestseller’s newest novel, for fear of their fans descending upon them in droves?  Heck, should someone have to worry that their next employer might pass over them simply because they enjoyed Fifty Shades of Grey? And that’s just the tip of the iceberg. Is it not foolish to punish the many for the sins of the few?

I will also offer the simple logic of author pseudonyms to the equation. It’s a time honored tradition that writers have the option of publishing under an entirely fictitious name (heck, even I have one).  Is it not hypocritical for one side to enjoy that luxury, while the choice is removed from the other? Food for thought.

Then there is the idea of this petition itself. I have no qualms about saying that I love the opportunity that Amazon has given me.  I love book websites such as Goodreads, in which readers can come together and discuss what they loved or hated about the latest big (or small) seller.  I love the current market and what it represents.  What I don’t love is any attempt to massage or game the system in one way or the other, all because a vocal minority has an issue with it.

This is disturbing because it shows a distinct lack of foresight.  Attempting in any way to control the conversation could very well be a step toward destroying that very opportunity we celebrate. Why? Well, where does it end? I certainly know of at least a few authors who wouldn’t mind banning any reviews below five stars. Ridiculous isn’t it? Perhaps not if we consider the ripple effect - that point where self-publishing becomes less an opportunity and more a liability for companies such as Amazon.

Now don’t get me wrong on any of the above. I am entirely against criminal harassment.  I don’t feel anyone should be afraid to be online in any capacity. I’m also not suggesting that this hasn’t happened.  It has. The thing is, only a fool would believe it’s a one-sided affair. I have no doubt there have been authors unfairly targeted. At the same time, I’ve seen reviewers fall into the cross-hairs of less than professional writers for daring to think their book was less than a masterpiece.

To think that authors are unique in being some sort of protected class is silly.  If anything I would worry more about the potential harassment of reviewers. I’m selling a product. I have stake in this game. They don’t. Which one can more easily take their ball and go home with it? Who will ultimately be more hurt in the exchange?

All of that being said, my fear is that this petition will solve little except allowing a select few to abuse the  system - taking an overly liberal view of the concept of bullying and screaming about it until their naysayers are silenced. Poor review? That’s bullying! A snub on social media? That’s harassment! Being placed upon a do-not-buy list? That person’s account should be deleted!  Rather than grow up and put on their big boy / girl undies, they’d rather ruin the system for everyone.  And make no mistake, they will ruin it - even if it is one petition at a time.

As I said, I love this industry and the opportunity if affords me and other aspiring writers. As such, no matter the outcome, I will strive to compete based on my ability to spin a good story. I will not be party to silencing my critics, playing the victim, or doing anything else to put this industry in jeopardy.