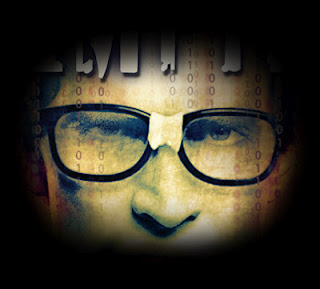 It's that time of the...err...year again! I am pleased to announce that Book 3 in my continuing series of foul-mouthed horror comedies about a geeky vampire named Bill is nearing completion.

To help whet your appetite for the misadventures to come, I shall be posting various teasers from the book between now and launch.

Now without further ado, I present to you teaser 1 for


“What do you mean she quit!?” The question came out...well ok, it came out far less harsh than I had intended. I really meant to scream a massive string of obscenities into the phone. However, even I had to admit that yelling, “What the fuck are you talking about you balding, little middle management douche of a shit!?” probably wouldn’t have been particularly diplomatic, considering that I was speaking with my boss.

“I know it’s abrupt,” replied the voice of Jim, my manager at HopScotchGames, “and believe me I’m as upset as any of you. But we’ll just have to handle our own paperwork for a while. Don’t worry; I’ll start interviewing for a replacement next week.”

My roommate and coworker, Ed, hit the mute button. We were seated in his bedroom/office, as we usually were for the weekly conference call. He knew me well enough to know a tirade was coming on, one that it was probably best to spare Jim from, especially if we both wanted to avoid filing for unemployment anytime soon.

“Paperwork!?” I barked, ignoring him. “He thinks I’m worried about paperwork? The only woman I’ve ever loved just walked out of my life and he’s concerned that he has to print his own fucking PowerPoints!”

“Being just a tad melodramatic aren’t we?”

“Fine, four times. And didn’t you say it was Dutch each time?”

I glowered at my friend, letting my fangs extend menacingly. He just stared right back, nonplussed. Here I am, a vampire, an immortal terror of the night, and I can’t even get the humans I share an apartment with to tremble in fear. My god, life is just not fair!

“This is not pouty. It’s supposed to be threatening.”

“You might want to practice that in the mirror some more,” he continued, “Anyway, as I was saying, you’re overreacting just a bit.”

“As a matter of fact, I do. My older sister used to force me to watch Disney movies when we were growing up. Trust me; four non-dates do not a fairytale romance make.”

“There was more to it than that and you know it. Sheila and I...”

“Had boatloads of mind-blowing sex?”

“Spent every waking moment together?”

“Christ! Did you ever even hold her fucking hand?”

“Well once I brushed up against...”

“Exactly,” he stated. “You pined for her for three years and that’s it! I had a more intimate relationship with my grandmother.”

“Thanks for the visual, dude.”

“Do you guys have any questions?” the voice from the speakerphone asked.

“Huh!?” Ed and I both replied simultaneously. Oh yeah, we had forgotten all about Jim. Hopefully he hadn’t been saying anything important.

“Awesome!” Jim replied. “Then I’ll let you guys get back to work. Keep me updated on your projects.”

“We will,” I answered, having no idea what projects he was talking about. A second later, the call was cut off from his end. Oh well, I could always tease them out of our boss later with a carefully worded email. Besides, Jim was so far from the top of my priority list right then that he just barely even existed.

“Goddammit!” I cried and brought my fist down. The cheap folding table that served as our conference room immediately buckled, sending the phone clattering to the floor. Crap! Sometimes I forget that our furnishings aren’t exactly built to withstand vampire-level abuse.

“I can see that you’re having a moment, Bill,” Ed replied nonchalantly, standing up. “Coffee?”

“Sure. Blood and cream in mine if you don’t mind.”

“No prob. Regular or Baileys?”

“The latter. It’s going to be one of those days.”

He nodded and walked from the room, leaving me alone with my rapidly darkening thoughts.

I tell you, when life decides to kick you in the balls, it sometimes makes it a point to wear cleats. It seems like that’s been my existence for almost a year now, one big haymaker to the nuts after another.


Sounds like Bill's day is starting off badly. Sadly for him, it's about to get a whole lot worse. How? Well that would be telling. You'll have to wait and see...

Bill is such a superstar!!!

I'm going to have Cade read this when he gets back to the hotel room :0)