The Road to Armageddon - Gan

-The below story takes place roughly halfway between Holier Than Thou and Sunset Strip.

"You are acting the part of the fool."

Silence descended in the room. Such disrespect would have never been uttered in the presence of my father. But then, considering the would-be usurper who sat upon his throne now - looking down upon me - I should have expected no better.

I knew this was coming. It was only a matter of time.

All assembled were waiting to see how I would respond to this challenge. It was time to play my part. "What would you have me do, uncle?"

Arghun's stance bespoke of arrogance, of one who was certain of his station. For centuries, he sat at my father's side, advising him. He'd even served as a tutor to me in matters of state. Although, I would have to have been blind to not see, even then, that he felt such tasks beneath him.

All of that I could easily forgive. What I could not, though, was his belief that he and he alone was heir to title of Khan.

And yet he dared call me a fool.

My father had always been an outlier amongst the First Coven. Under him, our lands were ruled in the traditional manner of our great heritage, eschewing their methods. Fear has always been part of the equation of leadership, but others of our kind rely on it exclusively, ignoring loyalty and honor. So drunk are they with power, they don't see how weak it ultimately leaves them.

I could see this same weakness in Arghun's eyes. He wished to lower us by conforming to their ideals. And why not? Such a thing would benefit him greatly. It was common practice among those who served the First that the strongest, the oldest, should lead. What they all failed to realize was that age simply turned one who was born a fool into little more than an older fool.

Arghun was older than I. He was stronger, more experienced, and could compel more to his side.

What he did not see, though, was that this did not make him better.

He leaned forward in my father's seat and tented his fingers, as if what he was about to say had not be rehearsed a hundred times. "I would have you call off this search for the Freewill, quit wasting resources that could be better spent elsewhere. I would have you admit that you still have a great deal to learn, child."

I glanced over my shoulder at the spoils of war I had returned with. The gleaming skulls appeared to be smiling, as if laughing at the foolishness playing out before them. Fitting in a way. "The Children of Erlik might disagree, had they still tongues with which to speak. I have not wasted so many resources as to be unable to defend our borders."

"You think a single victory over our ancient foes means you are ready for the burden of leadership? What would have become of us had your rash offensive failed?"

"I would be spared this tiresome folly."

Arghun's face contorted in rage at my reply. That alone should have told him and all present that he was unfit to rule. All around us, my followers - servants and soldiers alike - stood in silent attention; unmoving, unblinking, refusing to allow their emotions to show through. Low as some of them might be, they were more worthy than he.

"Your father would see you whipped for such insolence. Perhaps I should too."

There it was, the challenge I'd been expecting. What my dear uncle failed to realize, though, was that he was too late.

Had he openly expressed a desire to lead immediately following my father's death, perhaps he could have made a serious case for such. But this, waiting until I was away leading our troops in battle?  It spoke of treachery. Even if he was able to persuade those who remained behind, a dubious proposition at best, he had to know that the soldiers I led to victory would not so easily flock to his side. They were men of action, warriors who knew of our grand history.

I had seen these same men bristle at my father's inaction these many long years, ruling his lands from the shadows. However, the part he played in history as heir to the great Temüjin spoke for itself. None would have ever raised a hand against him. But with his passing, the time for sitting idle so too ended. It was a lesson Arghun had failed to learn.

I stepped forward, holding his gaze. "You are welcome to try."

Though the dictates of the First lacked wisdom, there was one tradition which even I would not dare deny - the right of ritual combat. Though I knew my men would have cut Arghun down where he sat, had I given even the slightest sign, that would not do. I had earned the loyalty of many who once followed my father, but it was not enough. I would not allow there to be any doubt among them.

I only realized now, as loyal subjects and cattle alike spread out around us, forming a wide circle, that the room had already been cleared. They had been expecting this. That meant Arghun managed to convince himself he actually stood a chance.

Still, it would have been foolish of me to dismiss him entirely. He had long been trained in the art of war, as were all of my father's advisors. But, where he spent many a night by my father's side drinking wine and telling tales of past glory, I continually trained, honing myself. My father would have me do no less.

Perhaps he foresaw this day coming.

Arghun stepped forward and attempted to stare me down, no doubt hoping to win this battle before it had even begun. Feh! Hope was the bastion of fools. A true leader took what was theirs by divine right.

He smiled, thinking to intimidate me. "I could compel you to your knees."

"Perhaps," I replied. "Indeed, you could compel many of those present to their knees. But you cannot command them all. For those who remain standing, there shall be doubt. And where there is doubt, there will always be a hidden dagger waiting to slit your throat."

"Spoken like a true student of your father," he said with a curt nod of his head. "But a student is all you are.

In a way he was right. But there always came a day when the student became the new master. Arghun did not realize it yet, but that day had come.

My silence was answer enough for him, though. Predictably, he broke eye contact fist, closing the distance between us with all the speed his age afforded him, unaware that he had already lost this battle.

Nevertheless, I would not underestimate him. Interestingly enough, for all I learned under my father's tutelage, that was a lesson that could not be attributed to him, at least not in a manner I could fully appreciate. No, that honor fell to my beloved. I had seen foes demean him, treat him with all the respect an elder would treat a youngling - all to their eventual detriment.

True fools failed to realize that even the youngest of vipers still possessed venom. 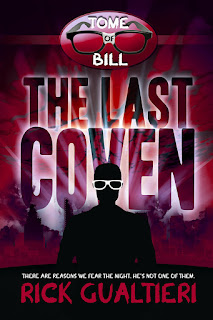 Arghun's attack was sloppy, off balance. His form belied the fact that his knowledge had not been put to practical use in some time. I let him strike me regardless, wishing to know the mettle of my opponent. The blow itself was formidable, although, far less so than it could have been.

I dutifully took a stagger step back, allowing him to think he had injured me - a small concession to him on my part. Arghun served my father faithfully for many years. Such service should not be so easily forgotten. I owed him an honorable death, one that would allow him to be remembered as a warrior.

He quickly stepped in, hoping to press the advantage, but my respect had its limits and he had reached them. With one quick move, I sidestepped and delivered a blow of my own.

His was sloppy, mine was not.

Arghun fell to his knees, the base of his spine severed with one quick swipe of my claws. Though his death would be more honorable were I to draw this out, there would be little benefit to me. Ending this quickly would dissuade other pretenders to the throne. All present would accept me as the new Khan and know my rule was absolute.

My opponent, however, was not quite finished yet. "SURRENDER!! BOW BEFORE YOUR RIGHTFUL MASTER!!"

I had thought it best to not underestimate Arghun. As it were, I had done quite the opposite. I attributed to him enough honor to accept his fate with dignity. Instead, he wasted that with one last pathetic gambit to compel me into submission.

For a moment, I felt my legs buckle beneath me, but I quickly steadied myself. The fool. His greater age afforded him the power, but my father had prepared me well. Decades of compulsion from him, building up my defenses, forcing me to develop the will to resist all but the most powerful of our kind. It all culminated in one final test – being left bound in the desert, sunrise only minutes away, compelled to lie there peacefully and accept my fate.

I survived, stronger for the ordeal.

Arghun would not, nor would any who dared challenge me.

The Road To Armageddon:
CHRISTY
GAN
ED
JAMES
COLIN
ALEX
Posted by Rick G at 9:40 AM

Way to go Gan, my beloved.

Outfrakkinstanding!!!!
Gan needs her own series!!!!!

Whenever I think about the cast of a possible Tome of Bill movie... the line "Ninja kick the damn rabbit!" comes to mind.

These stories are like being reintroduced to my family that I'm only going to be able to see one last time, it's sad but at the same time I'm ready for it.