The Mourning Woods - the 2014 runner up for best horror! 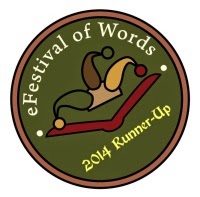 The title says it all. The Mourning Woods (the Tome of Bill, part 3) took the Runner-Up spot for best independent horror novel in the 2014 eFestival of Words virtual book fair.

Woot!  Talk about awesome news. I am flattered, honored, and humbled all at once.  This is especially cool since, to be perfectly honest, I think The Mourning Woods plays more heavily to the humor aspect than to that of outright terror. Albeit being stuck out in the middle of nowhere, surrounded by enemies, is nobody's idea of a picnic.

All that being said, scary or not, I think it's a hell of an adventure through the desolate woods of northern Canada for vampire/geek Bill Ryder and his friends as they strive to avert a war 4000 years in the making.

It had laughs, action, thrills, and probably some of my favorite lines from the entire series to date. This being my own personal favorite:

"I’ve known Francois for a very long time and he has always been, as you so eloquently put it, a dick."

Care to know what it means in context?  Well I guess you'll have to read the book.  :) 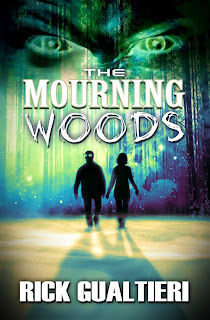 Bill Ryder: undead geek, dateless dweeb, and legendary vampire is back in his wildest adventure yet.

A war is brewing between ancient enemies from the dawn of time. If it can't be stopped, the veil will be lifted and all of humanity's darkest nightmares will be unleashed to wreak havoc. Bill and his friends are the only chance we have...Lord help us all.

The vampire nation dispatches Bill to a faraway land to broker peace, but it's not going to be easy. His enemies want him dead. Hell, some of his allies do too. Danger lurks at every turn and in places where he least expects it.

Now he must rely on his friends, master his fledgling powers, and use every four-letter word in his arsenal to stop the war, uncover the conspiracy, and solve the mystery that lies at the heart of the Mourning Woods.

The Mourning Woods (the Tome of Bill, part 3) is 90,000 words of foul-mouthed horror hilarity by Rick Gualtieri, author of Bill the Vampire and Scary Dead Things.
Posted by Rick G at 7:56 PM

Congratulation, Rick. It was also a blast having you join us on the Ask the Villain panel. I think we'll have to do that one again next year!