The Tome of Bill Compendium (volume 1) is released 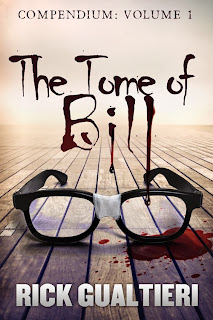 I am pleased to announce the release of The Tome of Bill Compendium (vol 1). This box set includes the first four novels in my horror/comedy series, offering over 1200 pages of adult-themed horror comedy at a discounted price - just in time for the holidays (purely coincidental, I assure you :).

There are reasons people fear the dark. Bill Ryder isn’t one of them.

Gamer, Geek, and Legendary Vampire - The Tome of Bill is the tale of an unlikely hero who finds himself dragged kicking and screaming into the world of the undead. Despite awesome supernatural powers, loyal allies, and an attitude the size of Brooklyn; the odds are still stacked heavily against him. Bill must fulfill his destiny and save the world from the ancient horrors that threaten it - all while trying to work up the nerve to finally ask out the girl of his dreams.

The Compendium edition (vol 1) contains the first four novels of this best-selling series, over 1000 pages of foul-mouthed horror hilarity in one collection. Big box set savings for even bigger laughs.

BILL THE VAMPIRE
Bill Ryder was a dateless dweeb, then he died. Unfortunately for him that was just the beginning of his troubles. He awoke to find himself a vampire, one of the legendary predators of the night. Sadly, fangs or not, he was still at the bottom of the food chain. Now he finds himself surrounded by creatures stronger, deadlier and a whole lot cooler than he is. Worst yet, they all want him dead...permanently this time.

SCARY DEAD THINGS
One of the most powerful vampires on the planet has given Bill a death sentence. Meanwhile, an immortal princess wants him for an entirely different purpose, one which makes his first issue seem almost preferable. All the while, new and powerful forces have begun to emerge from the shadows around him. Are they friend or foe? Knowing his luck, do you even have to ask?

THE MOURNING WOODS
A war is brewing between ancient enemies from the dawn of time. If it can't be stopped, the veil will be lifted and all of humanity's darkest nightmares will be unleashed to wreak havoc. The vampire nation dispatches Bill to a faraway land to broker peace, but it's not going to be easy. His enemies want him dead. Hell, some of his allies do too. Danger lurks at every turn and in places where he least expects it. 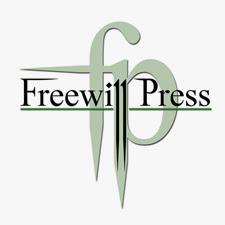 HOLIER THAN THOU
On the eve of war, The Icon - ancient foe of the vampire race - has arisen. Panic is about to break out within the undead ranks and Bill is caught smack dab in the middle of it. Destiny has placed them on a cataclysmic collision course, but there's just one small catch: he's in love with her. Now he finds himself in a race against supernatural assassins to save the person who's fated to destroy him. Talk about being damned if you do.

Join Bill in these full-length tales of monsters and bloody mayhem that don't pull any punches when it comes to action, gore, or snarky banter.


The Tome of Bill Compendium (vol 1) is over 360K words of undead insanity by Rick Gualtieri.
Release Date December 2013 – Freewill Press LLC.
Available for $9.99 in all major ebook formats.

I got mine from smashwords.com, thanks for that option! So looking forward to reading them, a friend of mine has got the audiobook from audible and I really enjoyed what little I could listen to so far.

Thank you! Awesome timing too as I just uploaded it to Smashwords today. :)