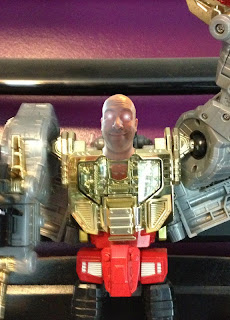 I've officially taken the plunge and have incorporated as Freewill Press LLC. That means from here on in I'll be taking this stuff seriously.

Well okay, that's pretty much bullshit.  I've been taking it seriously ever since I hit publish on my first book. Even though I've made a ton of stupid mistakes along the way, my goal has been to learn and get better.  In short, from the start I've tried to treat this as a profession not a goof.

That out of the way, why don't we start with what it doesn't mean? For starters it doesn't mean I'm going to stop writing my ass off. All the funky business names in the world won't mean squat if all I'm doing is placing myself in the poor house because I decided to neglect the most important part of the equation. Secondly, name aside, I'm not planning on becoming a publisher for anyone who isn't me (or my alleged alter ego, Cole Vance).  So kindly hold off on sending me those manuscripts, unless you really enjoy waiting for big cash advances that aren't ever coming. I mean I can send you a fistful of Monopoly money if it makes you feel better, but I imagine it won't.

So why take this step now?  I mean, if I wasn't laughing under my breath before, why introduce the added pain in the ass of quarterly tax returns (and believe me, if you live in NJ they will keep haunting you for those long after the sun has burnt itself out)?

There are definite business reasons for doing so. Asset protection is most certainly one of them. I mean I write raunchy comedy.  Sooner or later I'm probably gonna piss someone off with it. I imagine that'll be a lot easier to laugh at later in life if they don't wind up with possession of everything I own in the process.

Most of all, though, it's a symbolic step for me.  Kind of like tying the knot with the person you've been living with the past 6 years.  I mean does anything really change (other than they can now divorce your procrastinating ass and take you to the cleaners)?  In my case, not really.  My Tome of Bill series will continue to be published via the awesome folks at Wayman Publishing for the foreseeable future.  As for my other books, they'll fall under the FP logo. However, that's really not much more than a text change.  Kinda the equivalent of labeling your underwear with a different colored pen.

I am in the process of retooling some of my work under my own ISBNs, but that's behind the scenes only - the hope being I can get a slightly wider distribution for my paperbacks.

If anything, the true reason behind it is more of a subtle mindset change for me. Think of taking that proverbial step over the point of no return. I'm committed now, which means I'm here to stay and I'm going to start thinking strategically even if I have to bash my head in with a rock to get those thoughts to the surface (kinda hoping not, though, on that one).

So here's a toast to that mindset change, planning for the long haul, and the hope that Murphy's Law doesn't decide that now is the perfect time to knock on my door to give me a well-deserved ass kicking.

Update: I have a logo now, courtesy of the awesome Mallory Rock. Woo!

I can understand why you're doing this. It sort of makes it REAL, a commitment a bit like marriage. I hope it works out for you. Best wishes.

This is so exciting, Rick! :) You're going to do so well with this.