What NOT to do when you're a Writing Newb 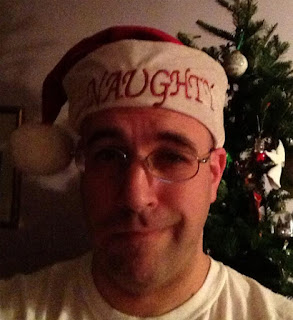 2012 is rapidly drawing to a close and what a wild ride it's been. Compared to last year, this one has been utterly amazing and I am truly thankful for it. That doesn't mean, though, that I'm putting on blinders or drinking my own kool-aid (it's a pretty nasty flavor anyway :). Instead, I've found myself wanting to give a little bit back. These past few weeks I've been posting the parts to Bill's Vampiric Christmas Carol. That's been my little bit of holiday cheer to those who have taken some enjoyment from my writing. That's just one side of the coin, though.

The other side is the business itself. I've met a ton of awesome writers this year and have also seen a lot of new faces in this industry. It's to that latter group that this post is intended. Typically, the first few things I see a lot of new writers ask are: "How do I market this?" "How do I sell this? "How do I do XXXXX?" Unfortunately, I'm not here to answer those.

There are plenty of awesome resources and forums out there for that. What I instead wanted to give was some advice on what NOT to do. Why? Because for all of those new faces I've seen, I've unfortunately witnessed far too many of them shoot themselves in their own feet. I believe that in a lot of cases this has nothing to do with their talent for writing. A goodly chunk is sheer inexperience coupled with perhaps not having developed the thick skin this business necessitates.

Now don't take this the wrong way. This post is not about me getting on some moral high horse. I've done and continue to do plenty of stupid things. What type of person you are behind closed doors is neither my concern nor really any of my beeswax. Pretend instead that I'm offering the following advice from a purely business perspective, because that's what you are now. The moment you decided to put something up on Amazon, Barnes & Noble, or elsewhere; you became a businessperson and you need to think about that in every aspect of what you do with regards to your product.

What follows is a small smattering of behaviors that, in my opinion anyway, it would be best to avoid.

What NOT to do regarding Quality: Very few of us can throw together 50,000 words without having it utterly riddled with typos, grammatical errors, and the like. Your work and mine all require editing, most likely a lot of it. Whether you decide to do it yourself or hire it out, it needs to be done. It doesn't matter what you price your book at. A $.99 price tag is not an excuse to release something you have given exactly zero editing thought toward. Do not expect people to pay you for the privilege of beta reading your product.

Possibly even worse than the above is whining about it in a public forum. I will tell you right now, you will receive exactly ZERO sympathy from people by giving them excuses like "I can't afford an editor, people should ignore the typos and concentrate on the story." Don't even think of it, unless you really want people to roll their eyes and judge you clueless.

That's not to say you should lock yourself in a cave, rereading your work until you're 100% certain it's perfect...trust me, it still won't be. Typos slip through, even with the best of efforts (or costs). That being said, there's a vast difference between a small handful of typos and releasing a book that you know is the equivalent of a kindergarten essay written in crayon. Similarly inexcusable is replying with anything other than politeness and thanks to anyone good enough to point out an error to you. Thank them and fix it (if you are able...not always an option if you're signed with a publisher). That is all.

What NOT to do regarding Reviews: Your book is exactly that, a book. It's not a child, it's not a baby, and it's not a physical extension of you. It is a product and like any products there are people who are going to despise it for any of a thousand reasons. My advice: be prepared for it and then get over it. It's going to happen. JK Rowling has sold far more books than you ever will and she's still gotten plenty of one-star reviews.

If at all possible, you shouldn't reply to reviews, at least those on sales forums such as Amazon. Reviews aren't for you, they're for other readers. Replying to every single one just makes you look like a creepy, obsessive stalker. Quadruple that for replying to negative reviews. It is not your job to defend your work, belittle those who have spent time and/or money on your book, or just throw a public temper tantrum. NONE of those will help do anything other than tell people you're a potential asshole. Yes I said it. Do you like purchasing goods from people who are assholes? I know I don't. I'd say it's in your best interest to not be one.

You might even be best served by not reading reviews at all. I know it's tough, but it can be done, especially if you know you're unlikely to be able to take criticism well. Keep things in perspective. Someone didn't purposely run over your dog, it's just a review. Just remember, as I said above, they're not for you anyway. Worry instead about improving your craft and writing that next book. It'll be time far better spent.

Along those same lines, do NOT try to game the system in your favor. That email from Amazon - the one asking you to review your own book - it's just an automated email, they don't mean it. Don't review your own stuff, either under your own name or under fake accounts. Just don't. I know you think you're clever enough to never get caught, but you're wrong. I've taught at the college level and if I've learned one thing doing so it's that most people who cheat aren't bright enough to get away with it. Avoid reviewing yourself, paying for reviews, and/or falling in with circles of other authors who will give you a five star in exchange for you doing the same. Even if you don't find this morally reprehensible (which you hopefully do), consider that there are plenty of people out there who will eventually read about your shenanigans and put you at the top of their "Never Ever Read" list without a second thought.

What NOT to do with regards to Social Media: This is a big one because almost any interaction online counts toward social media. So we'll try breaking it down by type. First things first, though, and this rule covers them all. Remember that thing above about being perceived as a potential asshole? Well don't answer that question to everyone by acting like one online. Sarcasm is fine. Humor is awesome. Being an outright dick? Not so much. There's a fine line there. Take care not to cross it.

-Forums: Forums can be great places to connect both with other writers as well as readers. Forums can also be a great place to bury yourself under an avalanche of your own stupidity. First things first: READ THE FUCKING RULES. Every forum has them. Most don't take kindly to you ignoring them, so you can barrel in screaming, "Buy my new book!" Most of their users don't either.

Remember that many forums are public. Even if you're amongst a circle of other authors, don't presume there aren't plenty of lurkers around. If you start badmouthing people, anyone who's there reading will be able to see it. That won't exactly help your burgeoning reputation. You'll also look like a moron for presuming things are private when they quite obviously are not.

Speaking of badmouthing...don't do it toward anyone who might be your potential audience. Step back a moment and consider that there are people actually paying for your product. You don't bite the hand that feeds you. You don't look down upon people for being "merely readers". You don't challenge them to write their own book. You don't bitch about them for not leaving you a review. You don't (add anything negative here). That doesn't mean you have to kiss anyone's ass. Lively open debate is fine. Acting like a spoiled child who didn't get a toy from Santa is not.

-Facebook: Spamming other people's timelines is an assholish thing to do. If you like my page, don't assume that gives you full reign to post unrelated shit on my timeline. I, and many others, will delete it and ban you.

If you happen to get lucky and attract a fan base: engage with them, appreciate them, and have fun with them. Do NOT use them as your personal attack dogs. If someone gives you a bad review, it is NOT okay to unleash your fans against them like they're the minions of your own personal little Mordor. Just remember: things ended badly for Sauron.

-Twitter: Twitter is one of the few places where continual advertising is tolerated. That being said, by all means do so if you want to be entirely buried in the sea of other people doing it. You won't stand out by doing what everyone else is doing. Engage and occasionally just tweet about yourself. Show people there's a real human being behind that tweet button.

Avoid automatic messages to new followers. It's tacky and it's obvious when you're doing it. Remember, it's very easy for someone to unfollow you or outright block you if you annoy them enough.

Speaking of unfollowing: don't follow someone then wait for them to follow you before unfollowing them just so you can bump up your stats. Did that make sense? Hopefully it did. Either way, it's not cool and people will eventually call you out on it.

This is getting long, so I'll end it now. Maybe in the New Year I'll release a part 2. Hopefully, though, it won't be necessary. The gist of the above is really about putting out the best product you can and acting like a professional about it...or - if you prefer the converse - just not being a dick. Some would claim that any publicity is good publicity. I tend to disagree. Me? I'd rather people concentrate on my stories than what a train wreck I am. Hopefully you will too.

Good luck with your writing and have a Happy Holidays!
Posted by Rick G at 6:29 PM

Loved it. Every bleedin' word. To all of this I say Yes! Yes! Yes!

Merry Christmas to you

Thanks, Greta! Merry Christmas to you too

Are you sure you don't want to know what I'm like behind closed doors? You could learn some great dirty shit that you could turn into a "60 shades of grey pubic hair" book.