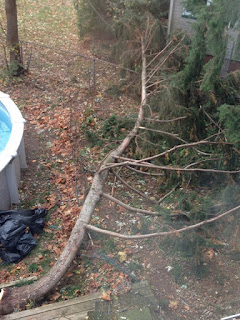 Hey everyone!  I know I've been a little quiet on here as of late.  Let's just say it's been a busy month.  I've been trying to fit in writing a new work-in-progress (book 4 in my Tome of Bill Series) in addition to planning a big-ass Halloween party, starting a new day job, and...oh yeah...keeping my family safe and sane (we're good on the first...a little iffy on that second) while an even bigger-ass storm was bearing down on us.  So in case you're wondering, yeah I'm a bit tired. Still, no rest for the wicked.

So first some awesome news.  Hopefully some of you remember the Labor Day Blogfest for Diabetes I was a part of.  Well I am exceptionally pleased to announce that, thanks to the help of all of you, we were able to raise nearly $2000 (!) for the American Diabetes Association.  Pure goodness all around and I am happy to have been a part of it.

As for Holier Than Thou, book 4 of Bill the vampire's adventures, I am happy to say it's progressing.  I even got a little work in during the past few days even with the power out.  Gotta love the iPad and its massive battery life.  Mind you, it wasn't as much work as I'd like to have gotten done...bored kids are hard to ignore.  Talk about a Lord of the Flies scenario.  Power is out, the natives are restless, and I'm the lone guy with some functional technology. Forget about writing, I'm lucky they didn't sacrifice me to some pagan gods.

Speaking of the big storm, we definitely got off lucky.  The pic above shows the worst damage to my yard.  We're talking a big tree limb, a ripped pool cover, and a smashed fence.  All in all, I'm not complaining because somehow that branch missed both my house and my neighbor's. If it had to fall, it fell nearly perfectly. I couldn't have called a better shot had I tried. 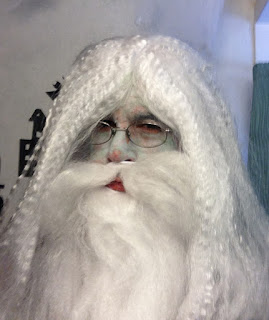 That pretty much leaves the party.  If you've been following me on twitter, you've been reading my inane posts and seeing my dopey making-of photos. We're talking about three weeks of solid work here to create a haunted maze in my basement...all for about two hours of people going through it. Well all I can say is it went down just dandy. We got a few crying kids and even one report of nightmares the next day.  Music to my ancient ears, I tell ya!

Unfortunately, with the storm looming, it all had to come down much faster than it went up.  Three weeks to build followed by a full day of hauling ass to tear it down.  See, my basement tends to flood.  A foot of water (or sewage...that happened one year) is bad enough.  A foot of water in a dark maze, full of decorations...well that would have been a true horror show.  On the upside, I could have probably inflated a few rafts and made it a boat ride.  Note to self: remember that for next year.

But oh well, it's all over now.  To that I say, thank goodness!  Here's to hoping that my life can settle down again into its normal level of insanity (easier said than done with the holidays just around the corner) and I can get back to the basics...namely writing vampire dick jokes and posting blog stories about it.  :)
Posted by Rick G at 12:16 PM

Glad to hear you weren't badly hit. I've been keeping fingers crossed for everyone I know on your side of the pond.
'Holier Than Thou' is an intriguing title. With the others, the title didn't give much away, but I think I can guess what's going to turn up in this one. I shall be very interested to read it when it comes out.

I want to be your editor. I work with Wayman. I want to edit you. Choose me. Me! Me! Please! Choose me. Just not till November is over.

I think you'll be safe on it not being ready until Nov is over. :)